Blooming across the nation. Cash-on-delivery available

In this fast paced world our lifestyle has changed as we spend most of the time in front of the screen and tend to develop unhealthy eating habits and it is further worsened by  lack of sound sleep, dehydration  and stress which ultimately manifests  dark circles under our eyes. Several other reasons are allergies, excessive alcohol consumption, and aging. Medical conditions like anemia or iron deficiency could also become a major trigger.

Several studies indicate that around 53 per cent of the Indian population face the problem of dark circles at some point of time in their lives. However, a few modifications in lifestyle and prevention can help you get rid of this menace. Here are few ways to avoid or get rid of dark circles under your eyes;

What are dark circles under the eyes?

Apparently, the skin beneath both eyes appears darkened. It could be the result of dermatological conditions. When the skin under the eyes thins the blood vessels appear more visible. Dark circles can happen due to a plethora of reasons.

What causes dark circles under the eyes?

Lack of sound sleep pales the skin , the blood vessels beneath the skin appear like dark circles.

The tissue around the eyes begins to thin when you get older. It appears puffy and swollen.

Genetics can determine a couple of factors that contribute to dark circles. Other prominent reasons are collagen levels and melanin production.

Insufficient amount of red blood cells causes Anemia. Lack of iron content in the diet is the main reason behind it.  Consequently, the blood cells fail to carry oxygen to the tissues of the body. It also impacts the skin under eyes resulting in dark circles.  The best way to get rid of this condition is eating a well-balanced diet including iron rich foods such as beans, spinach, seafood etc.

Vitamin E moisturizes and hydrates the skin.  It also reduces wrinkles and protects the  skin from UV rays. Vitamin E is rich in antioxidant properties which is  effective in fighting off free radicals and reducing UV damage while softening the appearance of hyperpigmentation and wrinkles around the under-eye area.

What are the vitamin e rich foods ?

Several studies and researches reflect the astounding benefits of Vitamin E  capsules whether we consume it or apply the oil inside the capsule it gives good results.

How to use vitamin E  to remove dark circles?

There are many products available in the market such as Vitamin E capsules, creams and oil.  You can use any of these products to experience the benefits. A quick look at its usage;

The oil in the vitamin E capsule is highly effective. The capsule contains Vitamin e oil that ultimately hydrates and provides required nutrients to the overall texture of your skin.  Here is the step by step way to use Vitamin E capsule for the dark circles under your eyes;

Vitamin E cream restores and moisturizes the skin around your eyes.  It lightens the skin gradually if you follow the routine with a healthy diet. Steps to apply Vitamin E cream to remove your dark circles;

It is a powerful moisturizer and it also keeps your skin hydrated. It strengthens your skin and retains the moisture in your skin leaving your skin more radiant and youthful. Moreover, its anti-inflammatory properties soothe the skin and heal all ilk of rashes and itchiness.

There could be enough hype and hoopla  around  how you can  shrug off dark circles that too in a jiffy however various studies manifest that Vitamin E can remove dark circles gradually along with some other factors such as following a healthy diet etc.  Vitamin E is  a powerful antioxidant as  it fights all the free radicals that could  damage your skin. Besides, it also reduces the damaging effects of UV rays too. The antioxidant properties also lighten hyperpigmentation and treat wrinkles. Vitamin E can apparently provide multiple benefits to your skin as it not only rejuvenates and refurbishes your skin but also provides healthy nutrients for it to glow and remain healthy.  A glimpse at some easy and natural ways to get rid of your dark circles;

Herbal tea bags are quite an effective way to remove dark circles gradually. The different ingredients in it like Tulsi, jasmine and chamomile lightens the skin under your eyes. The best way to use it is to keep the used tea bag in the refrigerator for 15 minutes and then place it under your eyes for an hour.

Cucumbers have a mild natural astringent that helps to lighten the dark circles under your eyes. The best way to apply cucumber is to cut them into thin slices and keep them in the refrigerator for 30 minutes and then place it under your eyes for some time to experience the benefits. 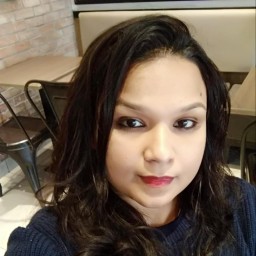